Paul Goresh will forever hold a place in the history of the Beatles. He will mostly be remembered by fans as the photographer who captured the last images of John Lennon alive. I, however, will remember Paul as a devoted Beatles fan and collector of their memorabilia. In the years following John’s death Paul collected images of the “fab four,” often buying the best of the best as they came to market. His keen eye became obvious to me when I was asked by his estate to organize and sell his fabulous collection. The thousands of photographs documented the careers of John, Paul, George and Ringo over four decades, from their Liverpool school days to John’s death in New York City.

Now after more than seven months, with just 350 photographs remaining, our sales of the Beatles portion of the Goresh Collection will end this January. Thank you to Paul’s estate, and to the literally hundreds of loyal customers who have made these sales so successful. The record-shattering prices for so many of the photographs offered are a strong testament to the continuous love and affection that fans still hold for the Beatles. It has been our honor to offer Paul Goresh’s collection…the collection of a true Beatles fan. 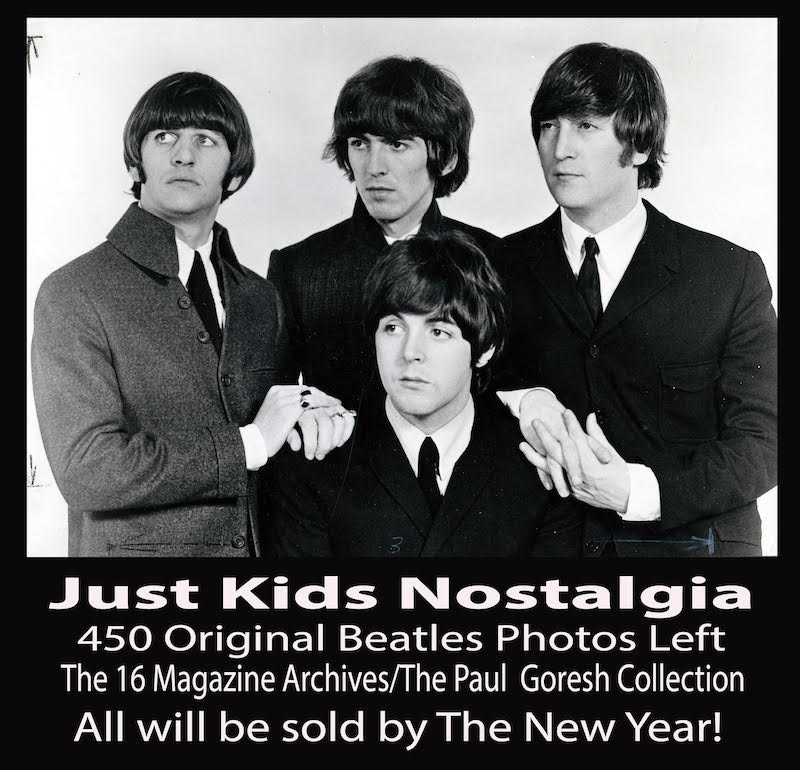 Call Us
This website uses cookies to improve your experience. If you continue to use this site, you agree with it.